[Part 1 of a blog adaptation of the October 28 message at The District Church: “Jubilee.” Read part 2 here.] 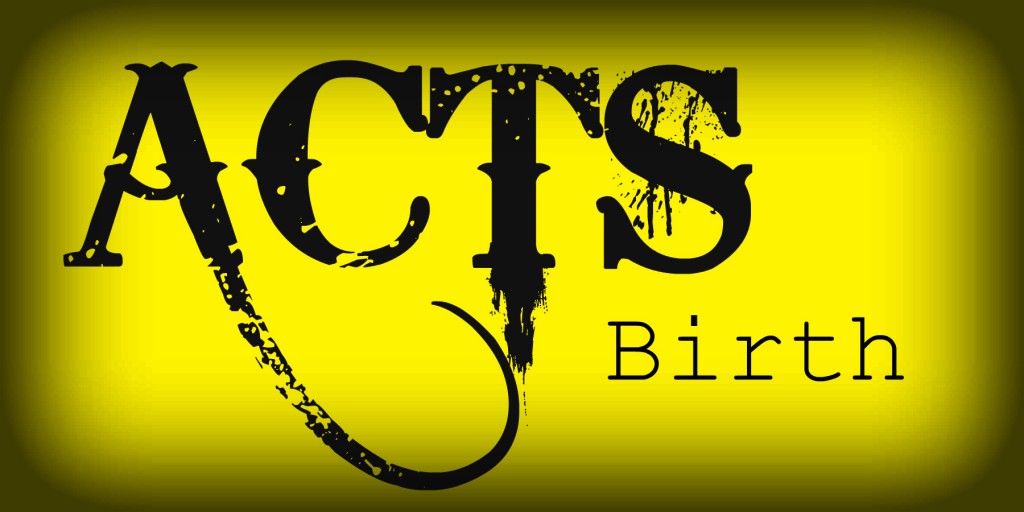 In Leviticus 25, God decrees that, for the people of Israel, every fiftieth year is to be a year of Jubilee: liberty was to be proclaimed to all people; debts would be forgiven; land would be sold back to its original owners; and slaves would be set free. The purpose of this was to show the surrounding nations–and, perhaps more importantly, to remind the people of Israel–that God was in control and God would provide.

When we look at the early church in Acts 4, where everything was held in common, “No one claimed private ownership of any possessions” (v.32) because they recognized that everything belonged to God; and “there was not a needy person among them” (v.34) because they recognized that everyone belonged to God. They showed uncomfortable, sacrificial generosity on a daily basis.

The precise details of the situation in Acts may be a little different from ours, but we face similar fears and uncertainties to the early church, similar questions about how we’ll survive or how God will provide, about what it means to be involved in the community of the body of Christ, about how much we can trust each other with our lives or our time or our money or our emotional and relational energy.

We love the idea of this Jubilee community: of no one being in need, of doing life together, of being open to one another; and intellectually, we can agree that everything belongs to God and that everyone belongs to God. But sometimes, when we realize how much work it’ll actually take or how much it’ll actually cost us, we flinch: we hold on or hold back or hold out because we think, it’s smart to protect yourself, it’s safer to insulate yourself.

When Jesus returns to Galilee to begin his public ministry, he says, in Luke 4:18-19:

The Spirit of the Lord is upon me, because he has anointed me to bring good news to the poor. He has sent me to proclaim release to the captives and recovery of sight to the blind, to let the oppressed go free, to proclaim the year of the Lord’s favor.

He’s quoting here from Isaiah 61—and when he mentions “the year of the Lord’s favor,” he’s talking about Jubilee. Jesus was saying that his mission was to proclaim the year of Jubilee, and it wouldn’t simply be a time of material restoration, when land and property are returned and financial debts are forgiven, but these things will be part of the larger reality of all things being made right: good news for the poor, release for the captives, sight for the blind, freedom for the oppressed.”

And in carrying out this mission, Jesus refused to protect himself; he refused to insulate himself—from the poor, from the broken, from the hurting, from the lost, from the world of sinners separated from God—and for these people, for us, he gave his very life—quite literally—as the ultimate act of sacrificial generosity.

In Acts 4, we see this community of Jesus-followers taking up the mantle of their master, walking in his footsteps: healing the sick, casting out demons, sharing their possessions with one another, ensuring that there were no needy persons among them. This was Jubilee community.

In fact, this generosity—not just of spirit but of possessions and of life—came to be one of the most defining characteristics of the early church. A few hundred years later, around AD 360, the Roman Emperor was Julian the Apostate, and he was not a fan of Christians or their faith; yet in a letter, he wrote,

it is disgraceful that … the impious Galileans support their own poor as well as ours, while everyone can see that our people are in need of aid from us.

The early church cared not just for their own community but for the people they lived among, people who didn’t believe what they believed, people who may have disagreed pretty strongly with what they believed. It didn’t matter—it doesn’t matter: everyone is made in the image of God. So they put others’ needs far above their own, treated the welfare of others as more valuable than any of their possessions and any of their time, and held others’ lives as of greater importance than their own.

This is something that has been a great encouragement to me in these early years of The District Church’s existence: we care. We care for each other, we seek to live out true community with one another, we share our lives with each other and encourage one another, we challenge each other to grow closer to God, and we care also for those who aren’t part of our church community. I love how we’ve gotten involved in our neighborhood: partnering with Samaritan Inns and Christ House and Park View Kids Zone and various schools, to just love on people, to meet them where they are, to provide food and supplies and resources. I love how we’ve been so generous: last year we gave tens of thousands of dollars toward famine relief in Somalia and to build a well in Liberia. When people need help, we help; when people need jobs, we pass along résumés and job postings; when people need a place to stay, we step up and offer a couch or a spare room. These things may sound pretty ordinary, but to me, they’re signs that we’re on the right track.

Now we’re not perfect by any means—far from it. We are sinful, selfish, messed-up, broken human beings, after all. The early church wasn’t perfect either; but that didn’t stop God from doing great things in and through it.

Let us thank God for that!