This is how I know that I have time: I’m blogging more, journaling more, and my email inbox is empty (coz I’ve replied to everyone). Which is the state I now find myself in. Glorious.

It’s kind of strange to think that I’ve been in California now for coming up to 10 months. It’s gone by like nothing else. Much has changed in the last year. Much has improved; some has regressed; very little has stayed the same. God has remained faithful.

A year ago, I still thought I was staying in London to complete an MA in Human Rights at UCL. I had no idea the things that God had in store. I had no idea that I would finally see the realization of my dream to live in the States (and in SoCal at that!). I’d never gone on a date with anyone I wasn’t already going out (it’s complicated, but I’ll explain, if you ask); I’d never owned a car, or lived by myself; and I hadn’t lived close to anyone in my immediate family pretty much since I left Hong Kong in ’98 (notwithstanding the six months Gabe was in London during my final year at UCL). 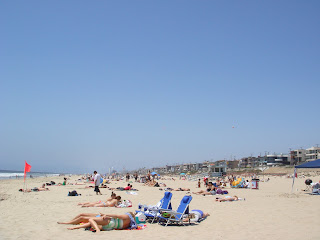 I have to admit, there were still a bunch of things to adjust to; among other things: the currency (I no longer convert to GBP to see whether something’s a good deal, coz inevitably, it’ll be cheaper here than in London); the average speech volume (yes, Americans are louder on average—Daren attributes that to more space per person, so we have to speak louder … it’s as plausible as any other explanation, and more polite, to boot); the approach to spirituality and Christianity (both in a theological academy like Fuller, where there’s a gamut denominations and backgrounds, and in US culture in general); the overwhelming quantity of cars, and by implication, greenhouse gas emissions (I drove a friend to the airport at 6am one day, and it was already rush hour); and the weather, which was a happy change, and which has enabled me to thrive in my fair-weather-footballing skills and get rid of my London tan (i.e. paleness).

WeddingsNext Friday, I’m off to Colorado for Tim and Tiff’s wedding. It’ll be awesome.

A friend of mine somewhat jokingly pleaded for the glut of weddings to stop … I know the feeling. It’s that time of life where almost everyone I know is getting married, or already married, or in a serious relationship.

The next season … babies.

Music newsSpeaking of babies, the lovely Natasha Bedingfield’s new single is called “I Wanna Have Your Babies”. It’s a bunch of fun, as well as some pretty insightful social commentary (as some of her other singles have been.)

Finally … I got to be part of the audience for the taping of Lifehouse’s Nissan Yahoo! Live Set. It was a bucketload of awesomeness, as they played their two biggest hits thus far (“Hanging by a Moment” and “You and Me”), five new songs (including the awesome “Broken”, which will, I hope, come out as a single eventually), and one redux (the song “Storm” has its roots in Jason’s days at the Malibu Vineyard, and appears on the album Diff’s Lucky Day, released before Lifehouse were signed/big).

Being slightly behind the band, I got to see what they see, and I have to tell you, it made me miss being in Lifesize, playing gigs, writing songs, making music, having fun, having people singing your songs. I was slightly distracted by a girl in the front row … but to be fair, I couldn’t really see the faces of the band. Yes, that’s my excuse. 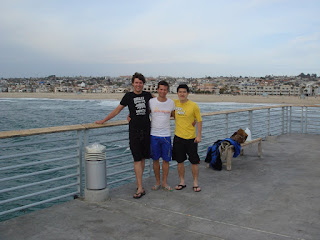 [Ben, Rob and I at Hermosa Beach pier on a less than sunny day (boo) during their visit to CA last month.]

Alright. There are three weeks until the end of the quarter, and the beginning of summer. I’ve been hard-pressed to find time to take a breath, let alone blog.

Totally unexpected. I thought Arabic numbers and notation were (pretty much) universal. Apparently not applicable in my part of California.

Series finales
This fortnight also marks the culmination of a number of TV shows that I watch. Coinciding with the end of the quarter is the freeing up of a few hours in my week: Bones, The Office, Scrubs, 24, and Lost. And Veronica Mars, but I don’t really publish my following of that show. Until now. Doh.

[Yes, watching TV is another factor in my week being busy, but I’ve never watched TV without doing some work or reading at the same time. My grades have not suffered thus far (and I’m going on my eighth year of higher education. Thank you very much.]

Anyway, that gives me another 4/5 hours to my week, which will be greatly appreciated with this summer coming up.

Summer plans
Speaking of the summer, in case you’re wondering—well, you’ve read this far, so you’re at least a little interested in what I have to say …

I’ll let you know how the implementation of this plan goes come September. I’ll also blog again soon. (No promises, though.)