One of the things I’ve begun to do through this internship is to make connections with like-minded people, not only through events—such as the anti-trafficking training or a charity fundraiser for a social justice non-profit—but through the phenomenon of social media, something which even ten years ago would not have been possible. Finding contacts online through outlets such as Facebook or Twitter has allowed me to plug into what others are doing and seeing in the field of human trafficking or fighting poverty or health care reform. This is part of what it looks like to build a movement.

When much of this initial stage in the struggle against trafficking is to raise awareness of the issue, it helps to know what is going on, to be able to draw upon other contacts’ connections, for example, with finding and reposting news articles on trafficking in the hope that readers will come to realize the breadth and scope of the problem. On the other hand, there remains a sense of inadequacy, particularly since there is the feeling that there should be something more effective or more tangible that we can do. At times, it feels like “raising awareness” is becoming an excuse for not doing something more—as important as advocacy and awareness are.

I suppose this is the challenge of holding things in tension and realizing that each part is a vital piece of the puzzle. Raising awareness of the issue, which remains my task for the present moment, will contribute to raising public ire at the situation and through this will influence policy-makers and law-enforcers, as well as informing all parties of what is really going on, how to minister to survivors, etc. Every little helps.

Coming to the end of my practicum, I took a little time to reflect on what the last eight weeks have meant to me and on what I’ve learned. In the days that have followed, several people have asked how it went—and this has also lent itself to evaluation.

One of the areas of the practicum which I was most grateful for was the process of learning more and becoming more knowledgeable about the topic of human trafficking, through reading books and articles, through interactions with Oasis staff and others involved in combating trafficking, and even just in working within the subject for eight weeks: looking up news articles, connecting with like-minded individuals and organizations on Twitter and at events. While I came into the practicum with a general understanding of human trafficking as an injustice that needed to be corrected, I came out with a better understanding of what human trafficking is, how it’s defined, how pervasive and subtle it is, how it might be remedied, and the problems that face any attempt to do so.

I would describe myself as a generalist, and so to be able to focus on and hone my skills in one particular area—that of human trafficking—was a welcome departure from the norm. To be able to speak with some authority on this topic, which has also insinuated its way into my heart as an issue I care deeply about, will also no doubt play a part in whatever I go onto in the future, whether in the church, in the public sector or non-profit work, or in music.

The value of human life under threat from this modern day slavery. As Christians who believe that all humanity is made in the image of God, as followers of the Christ who calls us to seek the kingdom of God on earth, any injustice as monstrous as human trafficking and the presence of even one victim of trafficking should stir in us a righteous anger and compel us to action on his or her behalf. 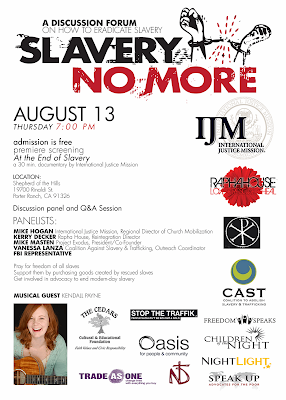 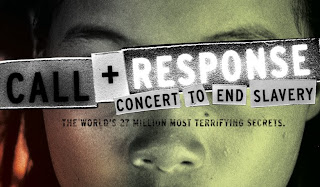