My friend Bruce, who’s now at Georgetown Law (where they’re doing a “Wear a Hoodie to Law School” Day today), shared this on Facebook and graciously allowed me to repost it. He said, “I think it’s important that people realize that this isn’t a public trial of [George] Zimmerman, but a response to another example of an ongoing human rights issue in America.”‎

“It’s a good thing you didn’t move. Because my firearm was pointed right at your head and I would have shot you first.”

These words were spoken to me by a Moreno Valley police officer seven years ago, after a racial profiling incident that could have left me dead. After graduating US Air Force Academy and receiving a commission as a Second Lieutenant, I was showing off my brand new convertible in a parking lot, at night, to my gear head friends Peter and Anh.

As we began to leave the lot, four police cars suddenly appeared. The officers surrounded my car and drew their weapons, pointing them squarely at my face.

Terrified, I did exactly what they said. The standoff ensued for a few minutes before cooler heads prevailed.

“Do you have any weapons on you?” one of them asked me before opening the car door and leading me out.

“Of course not, why would we have any weapons?” I asked.

“We had reports of shots fired,” one police officer quipped. “This car meets the description of the vehicle in the report.” My car was a Honda S2000, a fairly uncommon car in the area, especially in 2005.

Then the ringleader of the group said the words that I will never forget: “I would have shot you first.”

What did I do? Nothing. I endured a few jokes about racing my car and listened to the ringleader tell me that his son considering the Air Force Academy. I could have reported them for excessive use of force. But I didn’t.

I thought, “Why bother? It won’t change anything and it will just make waves for my career.” And now a kid is dead because of the same racist mindset that almost resulted in my death seven years ago.

Don’t let yourself be confused into thinking this is about the truth about what happened between George Zimmerman and Trayvon Martin. This is about senseless racial profiling that has for years resulted in dead black men with zero accountability for their white killers.

I’m wearing a hoodie today to highlight this issue, not to cast judgement about the facts of the Martin case, which I know are few and far between. I’m wearing a hoodie because we have a system in America that allows people to be harassed, threatened, and even killed, without justification–because someone thought black was a dangerous color.

Stories like Bruce’s are also why I’m wearing a hoodie. 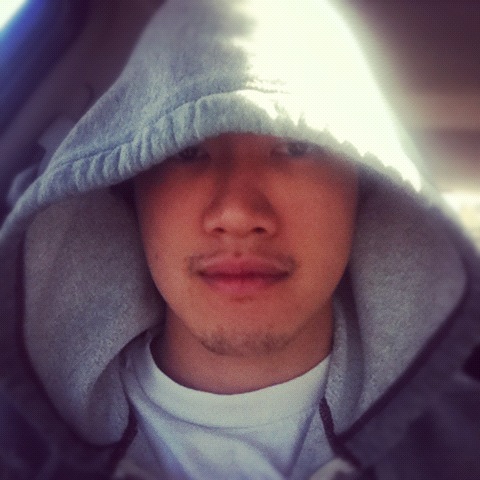 Trying to build practices of testimony and remembe

So … it turns out the wrist I fractured playing

Wishing we didn’t have to try to hold celebratio

Happy birthday to @carolyn85, my favorite person a

Love getting to see everyone in the clan: the HK F

Merry Christmas and happy holidays from the Fungs!