[From a message given at Downtown Baptist Church on January 27. You can listen to it here.] 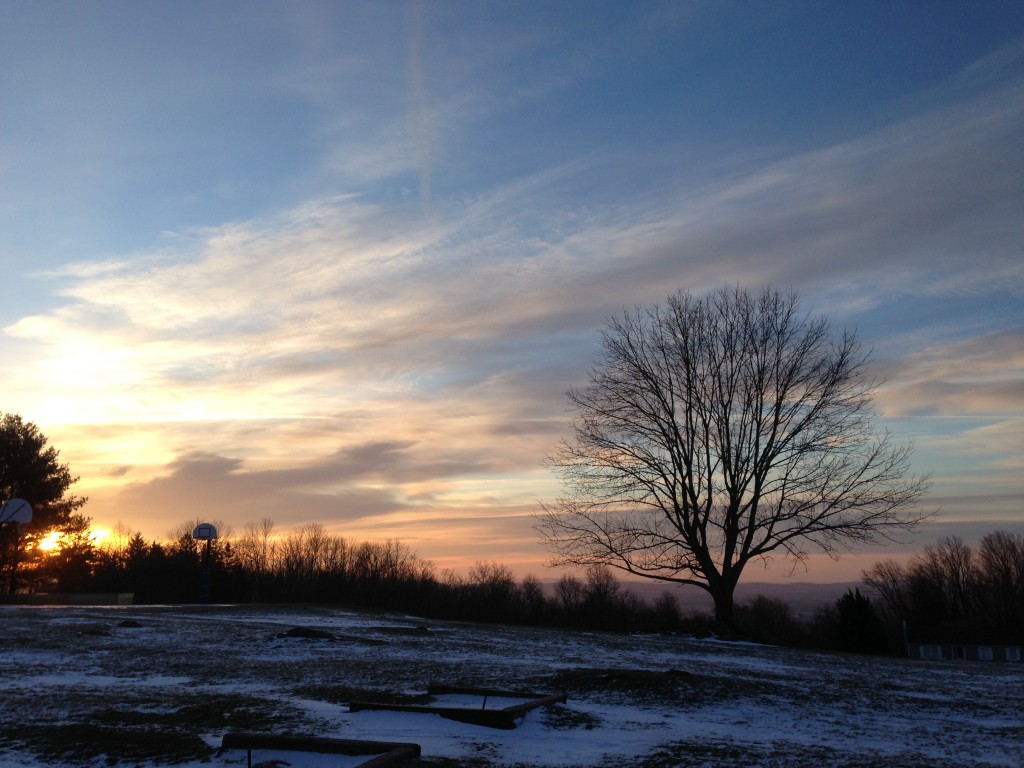 Something I’m learning is that God works in a way that is—and this may be understating it somewhat—a little unexpected.

In Genesis, we read about how God created the heavens and the earth, and all that is in them; how he created the trees and the flowers and the fish and the birds; how he made all things good. And in Genesis 1:26-27, it says:

Think about it: that the Divine would choose to complicate matters with things like love and freedom and choice; that God would choose to make it an option for folks to turn their backs on him (after all, that’s the only way that a decision to turn to him could be truly authentic, isn’t it?); that our Creator would choose to involve himself with people—that’s a little unexpected.

I mean, people are messy and complicated: they demand things of you; they make you do things you didn’t think you would—good or bad; they disrupt your schedule and your dreams and your best-laid plans. And we’re reminded of this often in our daily lives:

This is a pattern throughout Scripture:

And then when God hatches his grand plan of salvation … well, that’s a little unexpected too, isn’t it? He chooses to take humanity on himself, to become flesh and blood; the God of the universe, the infinite Creator of the heavens and the earth chooses to limit himself not just to the form of finite man but, more than that, to the tiny, vulnerable form of a baby, born into poverty.

This man Jesus came from a no-name town called Nazareth, he worked in relative obscurity as a carpenter until he was thirty years old, and then he marked the beginning of his public ministry by being baptized by a locust-eating wild man. And when he spoke, he said things like:

God becomes a baby; the Lord of all serves his disciples by washing their feet; and the Savior of the world accomplishes his mission by giving himself up to his enemies and dying on a cross. It’s a little unexpected.

Oh, and then he rises from the dead. That’s a little unexpected too, isn’t it?

But the mission and work of God doesn’t stop there. No; instead, he gives his Holy Spirit to be, as Jesus says in John 14, “another Advocate, a Helper, to teach everything, to guide in truth,” and as he says in Acts 1, “you will receive power when the Holy Spirit comes on you, and you will be my witnesses.”

Note to whom he gives this mission: his followers. Remember them? That motley crew of folks who, most of the time, just didn’t get it; that band of bemused brothers who fought among themselves about who was the greatest; that dysfunctional body of doubters and deserters and deniers that became the body of Christ.

In one sense, it’s a little unexpected that God chooses Peter, who denied his dearest friend and Lord three times; and John, who ran away from the confrontation in Gethsemane so fast that he left his clothes behind; and James the brother of Jesus, once counted as one of his detractors; and Mary Magdalene, a woman with a very troubled past.

These are not the top tier candidates; these are not the cream of the crop, the ones who have passed all the tests and acquired all of the necessary qualifications–these are zealots and tax collectors and fishermen. When Peter and John preach the gospel, Acts 4:13 says, the people listening “saw [their] boldness and realized that they were uneducated and ordinary men, and they were amazed and took note that they had been with Jesus.”

You see, in one sense, all of this is a little unexpected; from the world’s perspective, none of this makes sense.

But from God’s perspective, it makes complete sense, it is completely expected. It is what our Father has been doing since the dawn of time, because it is who God is; because God is and always has been love; because the heart of God has always been for his creation, for his people; because God has always desired that we would be in right relationship with him and in right relationship with each other, and that we would work with God to make the world all it could be—and this is the way we were made, this is what we were made for.

In one sense, the story of The District Church is also a little unexpected. A small group of about ten people—teachers, non-profit workers, grad students, none of whom had ever intentionally started a church before—came together and did just that, and God has grown us in the last two and a half, almost three years, to almost 400 people, and we’re about to plant a community in a new location. People are coming to know the Lord and people are coming back to the Lord—we’ve seen 15 people baptized in the last five months. We don’t have slick church growth strategies or fancy gimmicks or polished Sunday services.

But from God’s perspective, it makes complete sense, it’s completely expected. God is and always has been about doing unexpected things in unexpected places with unexpected people.

So I’d encourage you to be mindful, to be attentive, to be open:

Just because something is a little unexpected, a little uncomfortable, a little out of the realm of what you dreamed or imagined, don’t pass it up. It might just be God doing what God does.