[Part 1 of a blog adaptation of Sunday’s message at The District Church: “Come Follow Me”]

Jesus says, “Come, follow me …” and we have a choice to say yes or to say no, to follow Jesus or to walk away, to step into a new life or to stay where we are. There really isn’t a place of equilibrium, where we can hold Jesus at arm’s length while also trying to keep a tight grip on the reins of our lives, where we can say maybe and try to navigate the path of most convenience, the road more traveled, the more comfortable journey. John Ortberg writes:

There is danger in getting out of the boat. But there is danger in staying in it as well. If you live in the boat—whatever your boat happens to be—you will eventually die of boredom and stagnation. (If You Want to Walk on Water, You’ve Got to Get Out of the Boat)

I always need to be reminded of this truth: life with God is what we were made for. Jesus said, “I have come that they might have life to the full.”

We’ve just started a series at The District Church called “The Stewardship of Influence.” If you’ve been around church circles for any amount of time, you’ll often hear the word ‘stewardship’ used in the context of money—how we look after the financial resources that God has given us—or perhaps more recently, in the area of environmental stewardship—how we look after the world that God has created. But stewardship isn’t limited to those things. In Luke 12:48 (one of my favorite verses), Jesus says,

It’s about stewardship, being responsible for what we’ve been given, being answerable to God for what resources we have, not just of money but of time and relationships and, zooming out, your life. 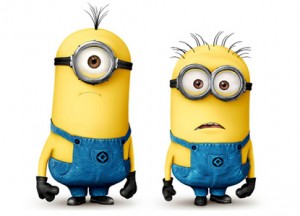 What you have = influence.

What you do with what you have = the stewardship of influence.

But even outside the realm of politics, it’s not hard to see where influence has been misused:

I point these out not as an exercise of looking out there and saying, “Oh, that’s a bad example.” As Paul wrote to the church in Rome, “We all have sinned and fall short of the glory of God.” It’s just as important–perhaps more important–to be looking at yourself and saying, “Oh, I’m tempted too:

How much time do we spend being immersed in the word of God and the community of God and the Spirit of God, who instead challenge us to seek right relationships with everyone, to live holy lives, to defend the poor and the widow and the orphan, to be humble and loving above all, to seek the peace of the city for in that you will find your peace, to care for the least of these, to die to yourself so that you might truly live?

Jesus says that to truly live–to experience life to the full, to do life with God–we will die to ourselves–we will put others before ourselves, we will not seek our own good but we will seek God and his kingdom.

So, as people who follow Jesus, as people who call him our Lord and our King and our Teacher, we want to be good stewards of the influence we have, to use it for his purposes rather than our own: in our relationships, in our workplaces, in our homes, in our schools, in our neighborhoods, in our city, in our political system, and, yes, in our social networking—because we live in a world where I can put something on Twitter or on Facebook or on a blog and people half the world away whom I’ve never met may read it and be impacted by it.