[Adapted from Sunday’s message at The District Church.]

Psychiatrist M. Scott Peck writes in his book The Road Less Traveled that one of the stages of growing up is “giving up the distorted images of one’s parents,” in other words, realizing that they’re not perfect. This also holds true for other leaders in our lives—we learn that our political leaders, our youth group leaders, our mentors, our teachers aren’t perfect. This isn’t always a bad thing, because sometimes we feel like our leaders let us down but it’s actually because we had unrealistic expectations of them—such as being perfect, such as never making mistakes,  such as not doing everything you want them to do.

(Pretty much nobody I know does everything I want them to do. That doesn’t make them failures; that makes me have to examine what kind of expectations I’m putting on them!) 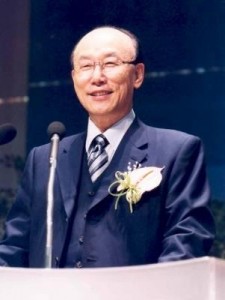 Those are the ones that are most devastating, right? But it doesn’t even have to be that dramatic: a small group leader who wasn’t present when you were going through something, a supervisor or boss at work who doesn’t listen or seem to care.

Everyone can relate to the feelings of hurt that come with being let down by a leader, the damage it can cause to our trust in people, the effects of unease or fear of commitment that maybe still linger to this day as a result. Our experiences of leaders letting us down will impact us for the rest of our lives. The question is whether we allow them to help us grow or to hold us back, whether we allow God to work and twist and weave them into something beautiful or whether we simply try to ignore them, which can lead them to turn into resentment and bitterness and mistrust, which will in themselves keep us from living full and wholehearted lives. And who doesn’t want to live a full and wholehearted life? That’s what God wants for us, after all. Jesus said, “I have come that they might have life to the full.”

It’s real important for us, as we go about the work of restoration and rebuilding, as we invest in our neighborhoods and hopefully see them change for the better, to address this question of what happens when leaders let you down—both on a personal/individual level and on a communal/systemic level. If we don’t learn how to deal with being let down, we’ll end up getting increasingly cynical and jaded and disconnected, and we’ll burn out and check out and get out, and nothing will ever change except that we’ll have scars that we try to hide or we don’t want to talk about but that make us wince every time we move. Or worse, we’ll end up hurting the people we end up leading in the same ways we were hurt by those who led us.

The people of Israel knew what a crisis of leadership looked like; the prophet Ezekiel wrote:

The people of Israel knew what it meant to have shepherds who did not care for them, to have leaders who let them down. And we do too, right? It’s pretty easy for us to think of folks who clothed themselves and fed themselves and built themselves up on the backs of the people they were charged with leading; we can think of leaders who dominated rather than cultivated, who wounded instead of healed, who abused instead of cared for, who neglected their responsibilities. We could all share stories of how we’ve been let down, of the wounds we still carry.

14 I am the good shepherd; I know my sheep and my sheep know me— 15 just as the Father knows me and I know the Father—and I lay down my life for the sheep.

Right before this passage is that line in John 10:10 that I referenced earlier, where Jesus says, “I have come that they might have life and have it to the full.”

1. While we don’t always get to choose the leaders in our lives—our bosses, our parents, our older siblings—where you do have some control, seek those who are Jesus-centered, humble, and willing to apologize. Throughout my life, I’ve been blessed with mentoring relationships and accountability relationships with people I know are human, with people I know will mess up, but ultimately the goal is not perfection but faithfulness, and I know they will encourage me and keep me accountable in my walk with Christ. One of the most impactful moments of the last few months was when my dad apologized to me for not responding well during a conversation we were having. My dad is one of the wisest, most gracious, most humble, most Christ-centered people I know, and to read his words—“I knew my heart was not right, and I am sorry”—meant the world to me.

2. Seek to be those who are Jesus-centered, humble, and willing to apologize. Jesus is the framework not just for what a good shepherd looks like, what a good leader looks like, but for what a good human being looks like. This is not only the life we are called to, like it’s some kind of duty, but the life we were made for: a life of vulnerability and courage, a life of love and faith and hope and joy, a life partnering with God in his great story. Don’t miss out.

3. Ultimately, this is about Christ. Put your hope in Jesus. Human leaders will disappoint: politicians will turn out not to be who they claimed to be; parents will lose their temper, fathers will be absent, mothers will enable; bosses will try to build themselves up at your expense; small group leaders will be unfortunately oblivious, pastors will let you down. Christ will not. Trust in him as Lord, as your leader, to walk with you in whatever you’re going through, to lead you through this journey of life. Trust in him as your healer, to bind up the wounds, to soothe the scars, to heal the trauma. Trust in him as your restorer, the one who sought the lost and never gave up on the wandering. Put your hope in Christ, the good shepherd, the coming king, the leader who will never let you down.