On Sunday, I preached from Luke 4:31-44 on Jesus’ authority and healing. Last night, the grand jury returned a decision not to indict Officer Darren Wilson in the death of Michael Brown. I’m still processing and praying through this, still figuring out how I’m supposed to respond. I didn’t write my message or preach with the Ferguson decision in mind, but I guess there was a reason God wanted me to be thinking these things through before yesterday evening. What I do know is that we live in a fallen world, where authority is not always exercised justly and healing is an ever-present need.

So here’s an excerpt from Sunday’s message — “The Authority of Jesus, a.k.a. Kicking Butt and Taking Names.” (You can listen to the full sermon here.) 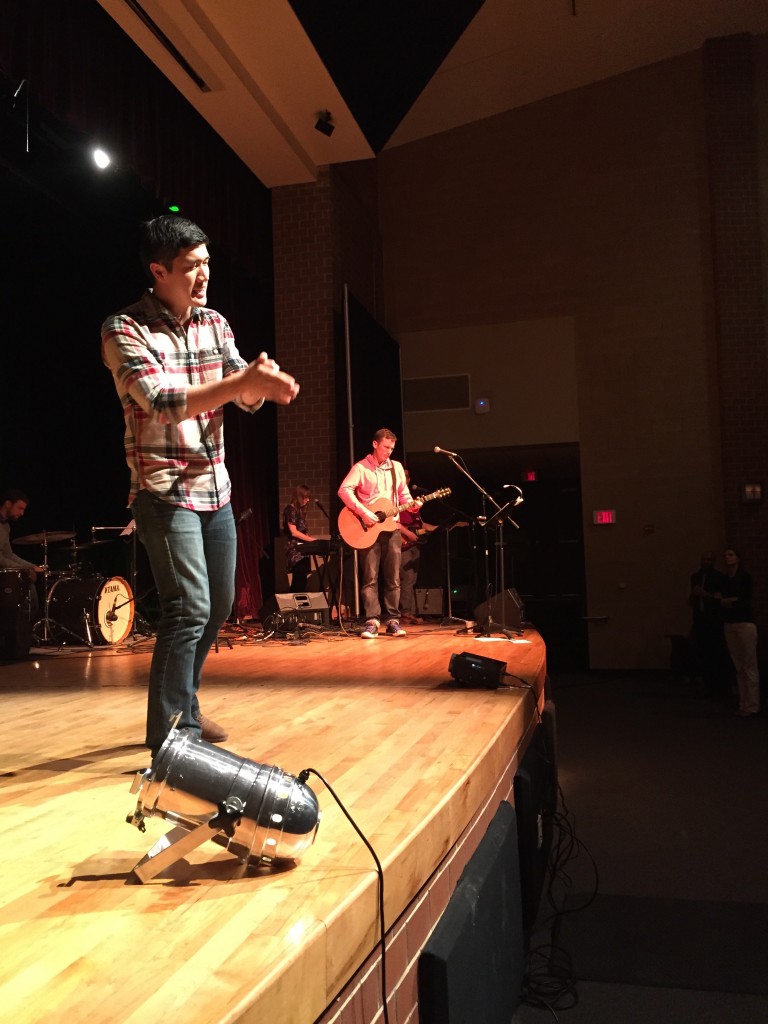 I’m sure we can all call to mind people in positions of authority; we might think of the President, Members of Congress, judges, police officers, teachers, or doctors. And we might also be able to call to mind what it looks like when folks abuse their authority—the Watergate scandal, for instance; corrupt government officials who line their pockets at the expense of those they’re supposed to be serving; doctors who take advantage of their patients or teachers who take advantage of their students.

But just like sin is not just the things we do but also the things we should do but we don’t, when those in authority don’t exercise it when they should, that’s also a problem: recently, the police in Hong Kong chose not to intervene when peaceful protesters were attacked; or the last four years have seen the most unproductive sessions of Congress in recent history—and, given that there’s so much still to do, I think we have the responsibility to call our elected representatives to use their authority to better serve the common good. Because, in fact, everyone exercises some sort of authority: parents over their children, celebrities over their fans, pastors over their congregations, voters over their representatives, and so on.

Be fruitful and increase in number; fill the earth and subdue it. Rule over the fish in the sea and the birds in the sky and over every living creature that moves on the ground.

That’s God delegating power so that the world might flourish, so that God’s kingdom might be seen on earth, so that all might be in right relationship with God, with one another, and with creation.

That’s the purpose of authority: that humanity might flourish.

That’s how authority should be measured: does it move us closer to God’s kingdom on earth?

In Jesus, we find the truest embodiment of authority rightly and responsibly exercised. Everything Jesus said and did brought more of up there down here. Theologian Darrell Bock writes:

Evil has severe angst in the presence of righteousness ready to be exercised.

When authority is rightly and responsibly exercised by a president, by a legislator, by a judge, by an officer of the law, by a teacher, by a doctor, by a nurse, by a famous person, by a parent, by a pastor, by you in whatever capacity you have been given a measure of control—when authority is rightly and responsibly exercised to bring more of God’s kingdom to earth, evil has severe angst.

We inhabit what some theologians call the already-but-not-yet. See, the kingdom of God is at the same time past, present, and future. We know that Jesus came to earth, 2,000 years ago, and at that time, the kingdom of God entered into human history in a way it had never done before—the demons were cast out, the sick were healed, the truth of God and the word of God were embodied in a living, breathing human being—that’s the already. We know that Jesus will come again, to finish the work he started, setting all things right, reconciling all things to himself, bringing the fullness of heaven down to earth—but that is not yet here. And so in the present, in the here-and-now, the Holy Spirit is at work in us and through us—as the people of God and the body of Christ—revealing more of that same kingdom, proclaiming the good news of that kingdom, in the midst of the ravages of the Fall in sin and sickness and death.

Lord Jesus, even as we give you thanks for living the life we could not live and dying the death we could not die and being raised to life that we might be made new, we long for you to come back.

In the here-and-now, break the chains of our sin and sickness and death. Heal us from the ravages of our wounds both physical and psychological, both mental and emotional. Liberate us from our addictions. Be the light in our darkness; be the hope in our disappointment; be the joy in our loss.

Set us free so that we might walk in the life you desire for us to live—life to the full, eternal life. Remind us that we live and move and have our being in Christ, that we have been given authority as image-bearers of the Most High, authority as redeemed children of our Father in heaven, authority as ambassadors of Christ in a hurting and broken world.

We pray these things in the name of the One who was wounded so that we might be made whole, in the power of the name of Jesus. Amen.