[Excerpt from yesterday’s message at The District Church: “You Are Not Your Mistakes.”]

“There is not one square inch of the entire creation over which Jesus Christ does not cry out, ‘This is mine! This belongs to me!'” – Abraham Kuyper

This is the gospel:

In the beginning, God created the heavens and the earth, and everything that is in them. He made human beings to be his image-bearers, commissioned us to rule over the earth as his ambassadors, his representatives. And he declared all things good.

But we chose to do things our own way, separating ourselves from God and from his good, life-giving purposes for us. This is what we call sin. Our sinful decisions—because they separate us from God, who is the source of life—lead to death.

In the Old Testament, to atone for the sin—to pay or make up for the wrong that had been done—a sacrifice had to be made. The sinner would have to bring to the temple an animal without blemish—no bruises, no cuts, no scars. In one episode of This American Life, a Jewish professor said we lose some of the impact nowadays of how sacrifice was such an important part of worship because we tend to give either impersonal things like money or intangible things like time. In those days, you would bring something personal—an animal you had raised and cared for and protected from harm—and then you would make the sacrifice yourself. You couldn’t avoid the mess of sacrifice or the cost of sacrifice because you can’t avoid the mess of sin or the cost of sin. And sin leads to death; sin always leads to death: the death of a friendship, the death of a marriage, the death of innocence, the death of a healthy sexual identity and expression, the death of justice and equality, the death of trust, and in those days, the death of an animal.

But God knew that animals could never make up for the wrong that we did, that all the animals in the world could never make up for the hurt we caused each other and ourselves, that it was like trying to stanch a gaping wound with a Band-Aid or to hold back a river with a brick. And so, we are told, God demonstrated his love for us by sending his Son Jesus to live the life he created us to live, the life we could not live on our own, a life full of love for him and for each other.

Jesus knew what was coming; he knew what he had come for; he knew the mission on which he had been sent.

To proclaim good news to the poor and release for the prisoners and recovery of sight to the blind, to set the oppressed free, and to proclaim the year of the Lord’s favor.

To let the world know that God was making all things new, that God was taking the things that the world had twisted upside down and turning them back the way they were supposed to be.

To invite us back to the ancient, cosmic calling to be God’s image-bearers on earth, to live as God would in us in a world broken by sin, to proclaim with our words and our deeds the renewing of all things.

This is the gospel: Creation, Fall, Redemption, Renewal. 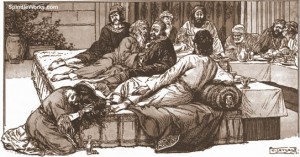 This is the gospel Jesus spoke of; this is the gospel Jesus lived out. This is the gospel that the woman who lived a sinful life (in Luke 7:36-50) saw and heard. That’s the good news that changed her life, that lifted the weight of sin and death from her soul, that caused her to demonstrate her gratitude by showing love to her Lord. It was a sacrifice that she made, subjecting herself to judgment and ridicule, violating social norms, being vulnerable in the way that she was. An ancient writer said, “Worship without sacrifice is just words.” But this was a different kind of sacrifice.

See, people used to make sacrifices in order to receive forgiveness. This woman was making a sacrifice because she had already been forgiven.

You see the difference? I’ve used this analogy before but it’s like this: in my marriage, I don’t do things for Carolyn so that she will love me; I do them because she loves me and because I want her to know that I appreciate that.

And so with us and God: in Jesus, God is reconciling all things to himself, extending an invitation of forgiveness to every sinner, an invitation to be made new, to come home, to be part of the greatest adventure ever written—life with God for eternity, starting right now and right here on earth.

What does the gospel have to do with your life? Absolutely everything. 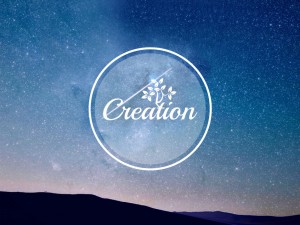 From Creation, we learn that every human being is made in the image of God.

That means that your calling, the thing you were made for, the thing that—if you were to do it—would make you as fully human as you have ever been, is to be like God in this world, to live as Jesus would live if he were in your place, with love and mercy and grace and forgiveness and justice. 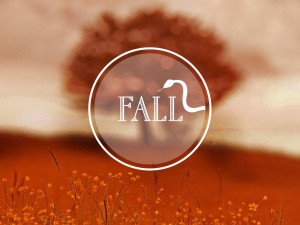 From the Fall, we learn that there is a thing called sin, which separates us from God and leads to death.

That’s why we always walk humbly with our God and with one another, because we know we screw up too. 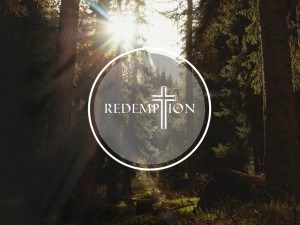 From Redemption, we learn that—praise God!—sin and death do not have the final word, that the Creator of the universe loves us so much that he didn’t want to be without us, that he was willing to get involved in the mess and to pay the cost of our sin.

That means that there is no mistake too big for God to overcome, no addiction too strong for God to pry you loose, no pit too deep for God to come down and break the chains of whatever is keeping you there and bring you out into the light. 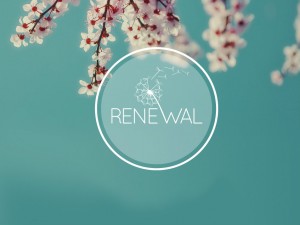 And from Renewal, we learn that we who have been redeemed have a purpose, and it is to carry out that calling that God gave us from the beginning—to be his image bearers, to be heralds of this upside down kingdom, this reality in which God is in charge and things are not as they seem.

That means that God is not done with us, that he is continually forming us to be his people, sent out on his mission into whatever workplace or whatever situation we may find ourselves:

[All Gospel designs by Chantal Rogers]