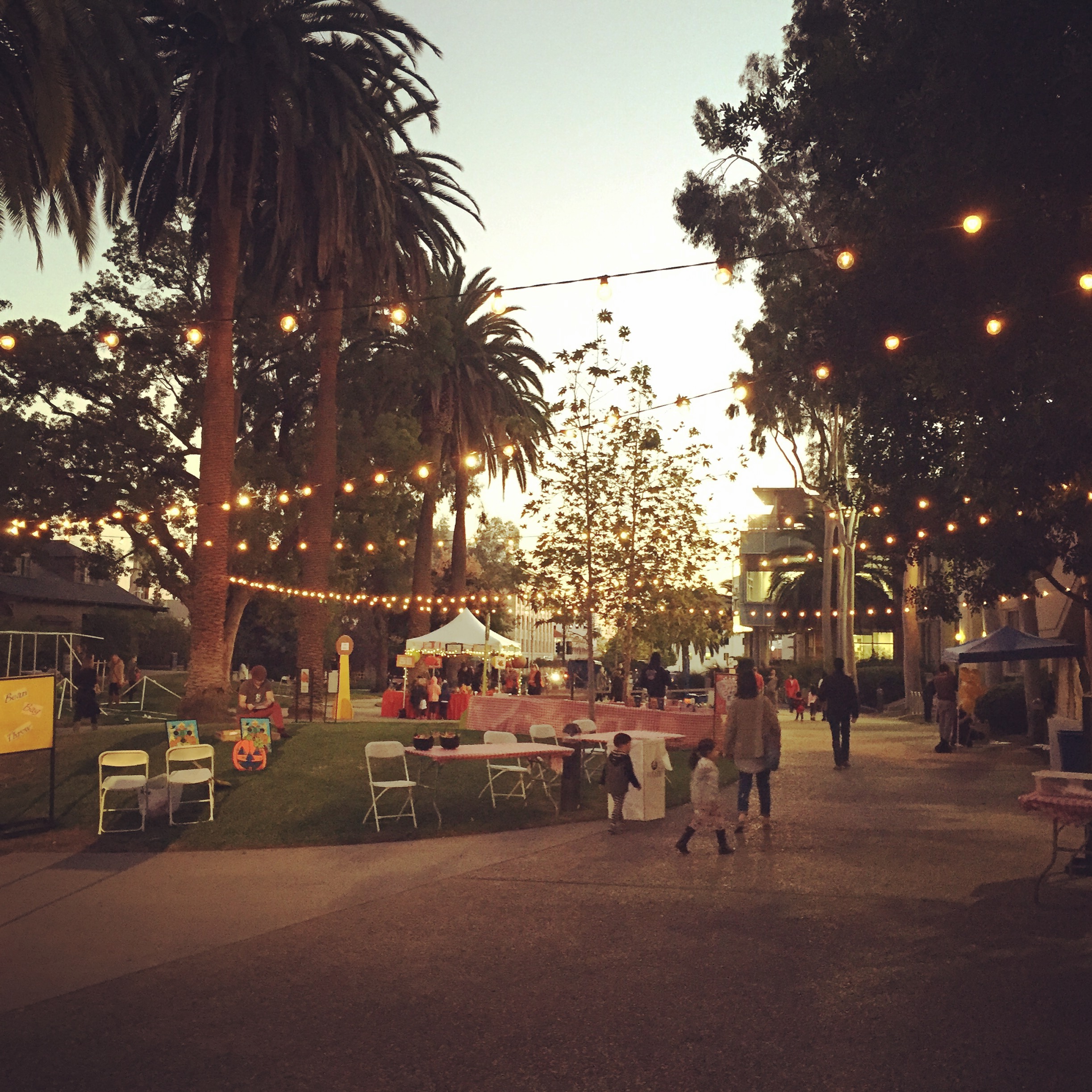 At the beginning of the year, I started in the Doctor of Ministry program at Fuller Seminary. Last week I was in California to take a class — “Spiritual Formation and Discipleship in the Postmodern World,” with Richard Peace. One of the concepts which stuck with me from class (and there’s much that I’m still unpacking and meditating on) is that of pilgrimage.

“Pilgrimage” isn’t a term Protestants or evangelicals use all that often any more. In pilgrimage, or holy journeying, one makes a sojourn to a significant spiritual site as an act of worship and with an attitude of heightened awareness of God; oftentimes, one will encounter others along the way — fellow pilgrims. You might think of pilgrims to the Holy Land (Israel/Palestine); for Muslims, an annual pilgrimage to Mecca is part of the five pillars of their faith (known as Hajj).

I’ve realized over these last few days that going back to Southern California — and to Fuller Seminary in particular — is a kind of pilgrimage for me.

It’s been nine years since I moved from London to California to begin my master’s at Fuller.

It’s been six years since I graduated with my master’s and moved across the country to DC to participate in Sojourners’ internship year, a bright-eyed, fresh-faced 26 year-old, eager to make my mark in the world of advocacy and politics (but also thinking I’d be moving back to California before too long).

It’s been two and a half years since I was last in California, when I brought my then-girlfriend Carolyn to meet my brother and his family, and to give her a whirlwind tour of the place I’d lived for three years; at that time, I was a few years in to being a pastor at The District Church and actually right in the process of planting our East Side parish.

But it goes beyond me too — in ways that weren’t about me but unavoidably set my path. My first visit to Fuller was in 2002, when my brother Gabe graduated with his master’s. It was my first time in California, and I fell in love with the sun and the sand, and the seed was planted of one day living there.

In 1970, my parents were living on Fuller’s campus as my dad was doing his master’s there; my mom worked in the finance department. During their time there, my eldest brother Clem was born. The house they lived in still stands, right across from the library, now serving as offices for faculty. I walked past it almost every day for three years, and a few more times this past week. Because of this generational connection with Fuller, it was really the only seminary I seriously considered when God inclined my heart that way.

There’s a deep spiritual significance for me to come back to a place where God was so present to me and active in my life, but also so present and active in the lives of my family, and even more so to the thousands of people who have been formed and educated and sent out to love the world for Jesus over the decades of Fuller’s existence. I think I’d always had a sense of that, but it became much clearer to me this week.

A lot of friends have moved away in recent years but I was still able to spend a weekend with my brother Gabe and his family, to reconnect with some good friends who are still around, and even to make some new friends in class, pastors and leaders at churches and colleges across the US and around the world — others on the same journey.

Spiritual formation is the process of being formed in the image of Jesus, in the likeness of Christ — it’s our design and end goal as human beings, made in the image of a loving God, made to be image-bearers of our creator God just as Jesus was.

Last Friday, somewhat unbeknownst to me, I embarked on a pilgrimage. I knew where I was going on a geographic level. I knew I was going somewhere that meant something to me relationally and emotionally and personally, but I had no idea just how deep God wanted me to go spiritually, how many insights he’d reveal to me, how much challenge he’d issue me, how much conviction he’d lay on me or how much comfort he’d offer me.

I guess you could say it was a pretty good week.

What are the places of pilgrimage for you?

What are the places that have particular significance to you? They may not seem to be spiritual on one level — maybe it’s a place that’s attached to a relationship that went well … or badly; maybe it’s somewhere that’s attached to a striking memory from your childhood — but the thing is, if it’s impacted you at all, it’s impacted your spirit, and the likelihood is that God said or did something in or through that — perhaps bringing healing or guidance or reassurance. Maybe you’re noticing this for the first time. Give thanks to God for that.

And open your eyes. He’s probably been in a few other places too.