Thanks so much for your thoughts and prayers, all. I survived July! Here’s a quick recap:

I preached three weeks in a row. This was the first time I had done this, and it was both a great experience and a tiring one! I got to close out our “Who’s In?” series on Galatians (and got to benefit directly from my dad’s smarts as a Pauline scholar, which was particularly fun). Check out the sermons here:

On to August. Back in DC (and happy for a little lull in the busyness as we prepare for the fall), we’ve just started a new series at church called, “My Most Important Question.” If you were part of the community (or friends with me) last summer, you’ll know that we did this a year ago and it was a big hit. It’s a time when we get to hear from several people in the church community about the biggest question they have wrestled with (or continue to wrestle with).

I’m always amazed and astounded by the people God brings to The District Church, by their stories, by their journeys, and by their accounts of how God has been involved in their lives, even in the midst of struggle, of doubt, of uncertainty. Yesterday was our first week–Robyn and Matt shared (listen here), and it was powerful!–and I’d encourage you to check back over the next couple weeks, too.

Hope you’re all doing well; grace and peace to you.

[From the latest email update.]

The last month has been very full–in a way reminiscent of the early days of the church, when there seemed to be so much happening that we could only hang on to God for dear life as he whisked us along on his grand adventure.

Here’s what’s been happening in the life of our church:

This is just a snapshot of what’s going on–I wish I could spend time with each of you communicating just how much is happening!

Thanks again for being on this journey with me.

Grace and peace to you,
Justin.

P.S. Pretty big announcement to come in the next email update: get ready!

Great post over at Slacktivist on Matthew 18 and church discipline–“Jesus did not shun tax-collectors”, articulating the thoughts I’ve had every time I’ve read that passage.

And he quotes Richard Beck:

The key, I think, to resolving the tension is found in observing how Jesus interacted with “tax collectors and sinners.” …

So true, so good, so challenging, so much messier–you mean we have to love them more?! Yup.

P.S. If you aren’t already subscribed to Fred Clark’s blog, you should go do that.

It was two years ago that we began meeting and praying in our home as we were in the process of starting the church. We wrote down the vision we believed God gave to us, “To be a multiplying network of neighborhood churches that exists for Christ and the renewal of our city.”

We believed that God called us to this city for a purpose. To build roots and seek the peace of the city in a way that lifts up the name of Christ. We knew that we wanted it to start in Columbia Heights but not end here. We knew that cities don’t change at once but rather one neighborhood at a time.

We began to dream: what if we were able to plant a church and start an urban ministry in every neighborhood throughout the city? We could have the strength of a large church but the flexibility and community of a small church. As we began to pursue this and ask ourselves what would it take to begin to make steps toward this huge vision, it all came down to one thing; leadership. Everything rises and falls on the quality of leadership.

We began casting a vision for a Leadership Residency program that would help train people who are called to plant a church or start an urban ministry. It would not an internship, which is only meant to gain experience in a field, but rather like a medical residency. We thought if the medical profession requires 3+ years of a residency to work on bodies than we should at least require a year residency to train people to work on souls! 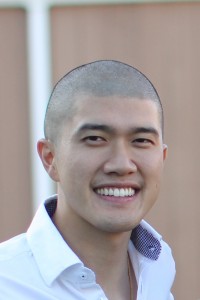 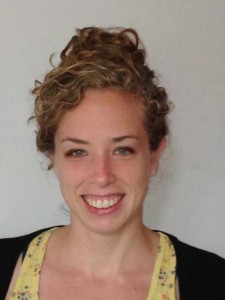 Leadership Residents are asked to raise their own support. It’s a way to test one’s calling; much like ours has been tested over the years! But we as the church have wanted to do our part as well. Since housing is the most expensive part of everyone’s budget in this city (it was over 50% of our budget when we moved here), we began to dream about being able to provide housing for leadership residents.

So we began praying that God would literally give us a house. This was a bold prayer to pray at the beginning as a house church of 20 people in the midst of a high priced housing market during an economic downturn, but we prayed. Deep down I was thinking that this would be 5-10 years down the road.

Well, I’m excited to share that God has provided! We have a house! 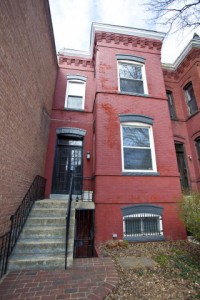 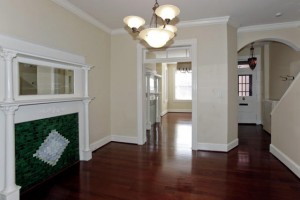 An anonymous donor loaned us the money to purchase the house and retain it for at least the next five years!

It will be used for some meetings and hospitality space for some church gatherings, but the main goal is to make sure we are providing a good pipeline of leaders for the vision God is birthing in our community to make disciples and truly be a church for the city.

The house is just a block south of where we live, and very close to many others in the church.

It gets me fired up to share this because I am reminded that our God is on the move! Our leadership community and several small groups have been praying for this. It is such an affirmation from God about the calling we have as a church.

This city is full of people with good ideas. Lots of people that move here have good intentions to make a difference in our city and world. But we are not just looking for good ideas, we are looking for people who are called and have a burden.

By purchasing this house we are saying to ourselves as a church that we value leadership at our very core. That making disciples who make disciples is the very essence of our mission.

I can’t wait to have you visit the house, but more importantly experience what God is doing here.

If you have some candidates for our leadership residency who are called to ministry in the city, send them our way!

Through my friend JR Briggs, I was connected with a new Jesus project, called Jesus Revealed: Encountering the Authentic Jesus. Now I’m normally pretty skeptical of Jesus videos–they can be trite, cheesy, unoriginal, or unhelpful. But I’ve been impressed with this set. In seven sessions over three discs, Brit Andy Frost brings the story of Jesus to life by looking at our Lord from some different perspectives, including Underdog, Revolutionary, Hero, Headliner, and Dreamer. 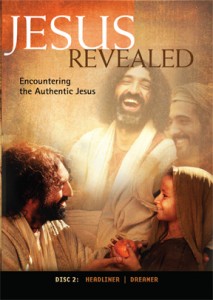 According to his bio, Andy’s a “surf-obsessed, movie-loving, Bible-reading, globetrotting Londoner. He is the Director of ShareJesus International and he is passionate about seeing how the Church can reconnect with society and culture. Andy is part of the leadership team for Be Church based in Southwest London.” I’d be lying if I said I don’t have a soft spot for a fellow Londoner, but more than that, I think Jesus Revealed could be a really useful resource, especially in small group settings and especially for people who are needing an introduction to this man Jesus.

If you’re looking for a resource like this–and even if you’re not, actually!–I’d encourage you to check out Jesus Revealed: Encountering the Authentic Jesus. 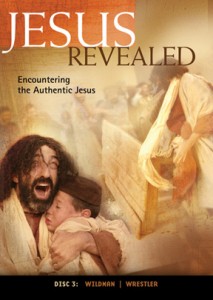