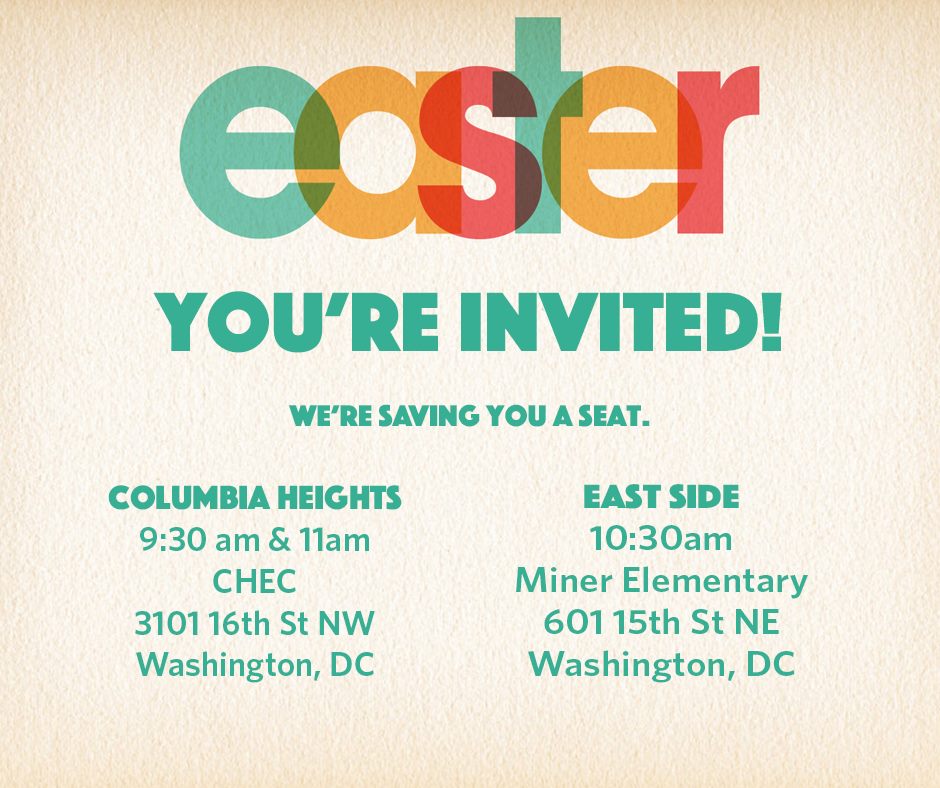 Come join us to celebrate the greatest weekend in history.

It’s gonna be a blast. 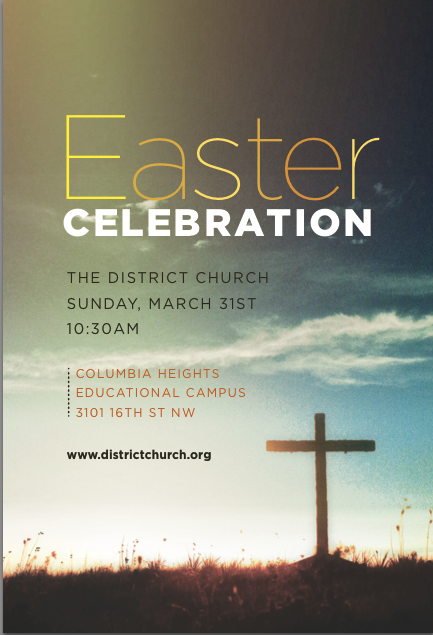 It’s the biggest weekend of the year for those of us who call ourselves followers of Jesus, and we’d love to have you join us at The District Church this Easter weekend! We’ll be meeting tomorrow evening at 7pm for our Good Friday service, and then at our usual times of 9am and 11am on Sunday for our Easter Sunday gatherings. Bring a friend or three! 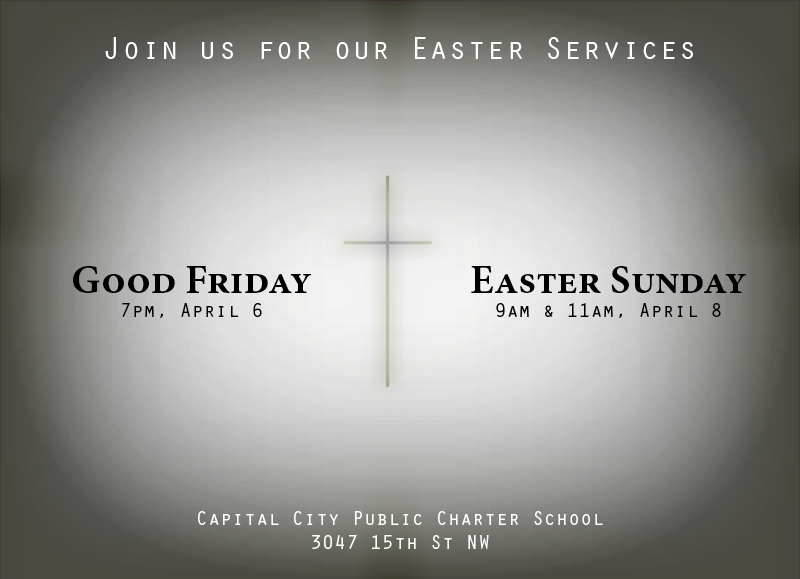 Time sure flies, doesn’t it? Next week, I’ll have been serving as the Leadership Resident at The District Church for SIX MONTHS. If you’ve been following/reading along, you’ll know it’s definitely been an adventure—getting to be a part of all the amazing things God has been doing in our neighborhood, in our city, and especially in our church.

April has been a particularly good month. ONE’s Lazarus Sunday campaign worked out extremely well, with churches all over the country, including The District Church, joining in to raise awareness about the issue of AIDS in Africa and the life-saving anti-retroviral drugs (ARVs) that are making a phenomenal impact. I even got to be interviewed by CNN! (Full article and video here.)

I got the opportunity to preach on Palm Sunday last week, and then somewhat unexpectedly, this morning. Aaron and Amy had been going through the process of adopting a second kid, and everything came through between Thursday and Saturday morning. So they are now parents of a beautiful baby girl—Natalie Rose; and I was drafted to pinch-preach on Easter Sunday! This morning was a fantastic celebration—we had the most people we’ve ever had at a TDC service, and everything came together nicely!

And here, for your listening pleasure, are my first five messages from the last six months:

Finally, I also spoke at Young Life in the middle of the month, and while it’s hard to know how much ever goes in or sticks with these kids, I was able to say what I wanted to say—what I felt like God wanted me to say—and I guess I’m just leaving the rest to God! Things have been going well with building relationships, but recently, a couple of the boys were involved in a shooting incident and one was hit in the leg. He’s going to be okay, but it was a reminder that there’s still much work to be done. Your prayers would be greatly appreciated!

Wishing you life and peace in the name of the risen Christ,
Jus.

Make sure this account has posts available on instagram.com.