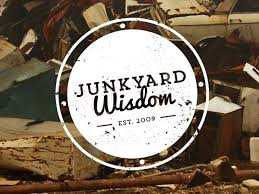 Roy Goble is someone I’ve known for ten years, since his daughter Rachel and I met in grad school and became friends. (She leads a tremendous organization called The Sold Project, which fights child exploitation in Thailand by providing education to kids.) Anyway, Roy has a new book out called Junkyard Wisdom: Resisting the Whisper of […]

Most people don’t live under the shelter of the law, but far from the law’s protection. – United Nations About seven years ago, I first learned about the horrors of human trafficking one Sunday at Ecclesia Hollywood. Nearly 30 million people are currently enslaved. About six years ago, I first read International Justice Mission President […]

From an op-ed in the Washington Post by Gary Haugen, President & CEO of International Justice Mission, author of the upcoming book The Locust Effect (out on February 3): If you’ve been a tourist or business traveler recently in Kenya, India, Guatemala or any other developing country, you probably saw uniformed guards in the stores and offices […]

Last night, I was privileged to be at the premiere of The Line, a documentary film by Emmy Award-winning producer Linda Midgett and Sojourners, in partnership with World Vision, Bread for the World, Oxfam America, and the Christian Community Development Association. The ‘line’ of the title is the poverty line, which currently stands at about $23,000 […]