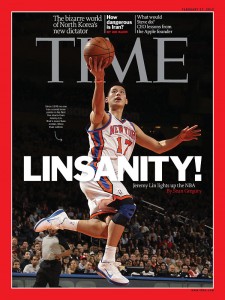 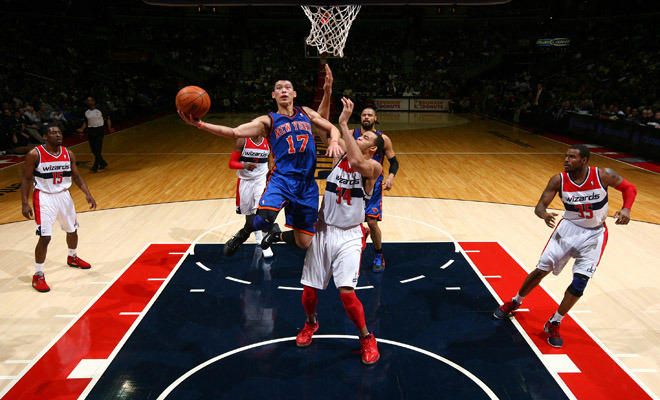 If you’re not Asian (American), not into professional basketball, or don’t have a number of Facebook-active Asian-American friends, you probably haven’t heard about Jeremy Lin.

If you are Asian (American), into professional basketball, or have a number of Facebook-active Asian-American friends, there’s a high probability that you haven’t heard about anything but Jeremy Lin.

J-Lin is the newly-minted starting point guard for the New York Knicks, the first American player in the NBA of Chinese or Taiwanese descent, and has been catapulted into the national spotlight with three assured performances for the struggling Knicks, leading them to guarantee his contract earlier this week.

What a journey for Lin. (You can read more of his story via the Wiki link above or here.)

And while I’m still rooting for Kevin Durant and the Oklahoma City Thunder (on account of my Seattle love bleeding over), I’m starting to check the scores every time the Knicks play.

First and foremost, Lin’s a legit baller. But beyond that, he’s an Asian American breaking new ground, an InterVarsity alum, and unapologetic Christian. And for all of those reasons, I want to see him succeed.

He’s also stirred up some thoughts about race and culture among many of my friends, and I’ll be sharing some of those in the coming weeks. But for now … get caught up on #Linsanity by reading some of these Lin-ks (see what I did there?!):

A Day in the Life:

So. Much. Fun. Getting to see my childhood heroes in action, joking around, having fun. And getting to be so close to the action! Stellar.

Chang and Agassi are, and probably always will be, my favorite players.

Looking forward to the Mariners’ visit to Baltimore in May and the Dodgers’ visit to DC in September; and I’m definitely going to try to catch the Ms when I head to Seattle in July.

Thanks, everyone, for the kind words, encouragemen

It’s been a full few days. On Wednesday night, C

Happy 53rd anniversary to my parents! Recently, I