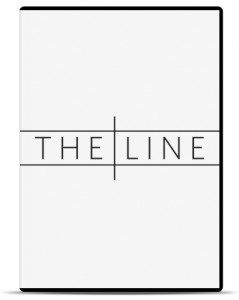 Last night, I was privileged to be at the premiere of The Line, a documentary film by Emmy Award-winning producer Linda Midgett and Sojourners, in partnership with World Vision, Bread for the World, Oxfam America, and the Christian Community Development Association.

The ‘line’ of the title is the poverty line, which currently stands at about $23,000 per year for a family of four; and the film delves into the stories of four people faced with poverty.

It is the poor that are mentioned throughout the Bible as of unique concern–these are the vulnerable and marginalized, these are the ones often oppressed and kept down by the systems in place, these are “the least of these.”

As Aaron said a few weeks ago at The District Church, “The test of true, biblical justice is how we treat the poor.”

Please take some time to watch the film and learn the stories and faces of just a few of the almost 50 million Americans living in poverty–they are our brothers and sisters, and we are called to be their keepers, to be their neighbors.

Don’t just be aware; do something, even something as simple as raising your voice.

You can find more info and action steps that you can take at thelinemovie.com.

This past year, I’ve had a front row seat–indeed, I’ve been fortunate to be in the thick of the action–as God’s been at work: in my life, in the lives of those around me, and in The District Church. Here are some examples:

And most exciting of all …

Last Sunday, we commemorated the 10th anniversary of 9/11 at our church, and in his message, Aaron spoke about how “True Awakening Leads to Reform” (we’re currently doing a sermon series drawn from Habakkuk and Acts, entitled “Awaken”). He expanded on the op-ed he’d written in the Washington Post to mark the occasion, in which he’d written to the Muslim community to apologize for the ways that we as Christians had allowed our pride and prejudices to cloud our witness. And so on Sunday, as a small act of reconciliation, we took up an offering for our Muslim brothers and sisters who are suffering from the famine in the Horn of Africa–Somalia, hardest hit, is 99% Muslim. Through various other movements of the Holy Spirit, we had offers to match whatever we raised by up to 7 times. Still, we were conscious of our size–we’re only about 150–and so we were ready to be thrilled regardless of the amount raised.

I suppose I should have left this email untitled to maintain the surprise. But when all was said and done, we as a church raised almost $15,000, and with the matching donations, we were able to raise $100,000 for famine relief efforts.

This was such humbling and spine-tinglingly exciting news, such an encouragement for me as a leader of a community of such amazingly generous people, and such a reminder that God is at work, doing great things even in the face of great suffering and tragedy.

May we all (continue to) see God at work in all things.

Thousands are feared dead in the wake of the earthquake that devastated Haiti on January 12, with millions more affected and displaced. Haiti is the most impoverished nation in the western hemisphere, with a heartbreaking history rife with slavery, despotism, disease and disaster—in 2008, the country was hit by four hurricanes, which killed hundreds.

Please help however you are able: through prayers, through donations to charitable aid organizations, and through action. Here’s a list of organizations that are working on the ground in Haiti, including World Vision and Oxfam; and you can find more suggestions and recommendations from Sojourners readers on Sojourners’ Facebook page.

Last week, I celebrated Christmas with Aaron, Amy and Elijah in Huntington, WV, home of Marshall University (“We Are Marshall”) and of Amy’s family. It was great spending a few days outside of DC, and with an awesome and wonderfully welcoming family.

This week, I’m in snowbound St Louis for Urbana 2009, InterVarsity’s triennial missions conference. I’m here with Sojourners, who are co-leading the Poverty and Advocacy track along with World Vision and International Justice Mission. It’s the first time in Urbana’s history that they’re looking at advocacy as a form of mission, and so it’s a pretty momentous occasion and an exciting development.

One of the things we’re launching this week is the Human Wrong Initiative, which is geared towards combating child slavery in all its forms: prostitution, forced labor, and child-soldiering. Of the 27 million people still in slavery today, about half are women and children.

The other thing that’s happening (that I’m involved with) is helping Sojourners lead a night of lament for the injustice in the world; that’ll take place tomorrow (December 29th). I’ll only be speaking for a few minutes, but I’m gonna be laying the groundwork for the couple hundred students in our track to engage with God in this way, so I’d appreciate your prayers!