A few weeks ago, my friend Jen asked me, “Does the name ‘Don Siegelman’ mean anything to you?” 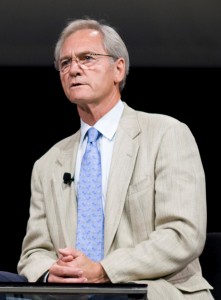 Don Siegelman was the 51st governor of Alabama, in office from 1999-2003. And he’s currently in prison after being convicted on several charges of corruption while he was in office.

However, he has consistently maintained his innocence, and a 2008 investigative report by 60 Minutes suggested that his conviction may actually have been a result of underhand political tactics rather than a proper execution of justice. Indeed, over 100 former state attorneys general from both sides of the aisle and several members of Congress have continued to call for a full investigation into the allegations of “prosecutorial misconduct and politically-influenced prosecution” that have dogged the case.

However, in June, the Supreme Court declined to hear Siegelman’s appeal; and on August 3, he was sentenced to more than six years in prison.

His only remaining hope is for a presidential pardon, and his daughter Dana has started an online petition–“President Obama: Please restore justice and pardon my dad!”–to get this matter in front of the president. It currently stands at just over 14,000 signatures.

* Nor can you, now. Now that you know, what’re you going to do about it?