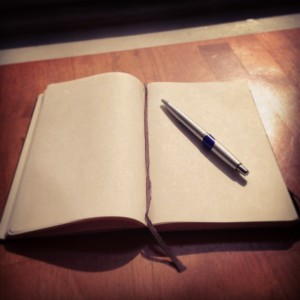 [Adapted from yesterday’s message at The District Church: “Story.”]

A mentor of mine first said this to me about ten years ago, when I could agree with it in theory but I couldn’t attest to it in experience—and maybe right now you’re where I was, but stick with me.

Let me give an example: I remember feeling for the longest time that the fact that I didn’t have one place where I could call home—I spent 16 years in Hong Kong, 8 years in England, 3 years in California, and 3 years here in DC; my parents are in Hong Kong, my best friends are in London, one brother is in California and the other is in Australia—the fact that I felt a constant sense of not-quite-fitting in, not-quite-feeling-at-peace-with-life was a deficit, something to be overcome.

But over the years, as God has continued to fine-tune my soul to his reality and his presence, he’s been showing me that this longing for home, this present discomfort—even this—is what he’s used to ground myself fully in him—that God is my home, in a way that no place ever could be.

All along, God has been weaving all the disparate and—what I thought were—mismatching threads together into a tapestry that has me here now at The District Church, doing the things I love and feel called to (theology, music, and justice)—after a long time wondering how those things would ever fit together. I’m in a place where—for my job—I get to cultivate a community that might be—even just for a few—a home away from home and a family away from family, because through my experience, I know what it’s like to not know where home really is.

God isn’t done yet, by any means, but the point is that it wasn’t until I realized what God was calling me to, less than three years ago, that I began to know in my experience—and not just in my head—that God doesn’t waste an experience. And that’s true, whether you’re in a place right now where you can see that or not.

Maybe the thing is that you’re in the middle of something right now—a degree, a job, a relationship, a chapter in your life—and you don’t actually know where it’s going, you don’t see it going anywhere, you can’t figure out how it’s connected to anything meaningful. Maybe you know what God’s called you to or what passions he’s placed within you or what kind of life he’s asking you to lead, and what you’re doing right now—well, they don’t seem to be lining up or meshing.

I wonder if the Apostle Paul, when he was a young man, learning his father’s trade as a tentmaker, wondered what on earth he was supposed to do with that craft. He already knew he loved studying the law, he knew he loved rhetoric and philosophy and debating with people; there must’ve been occasions where he thought to himself, Who needs tent-making? And yet that same skill would pay the bills for him to do just what God called him to do—though perhaps he wouldn’t see this for many years; and that’s just one—very small—way in which Paul could attest, as he wrote in his letter to the Romans, “God works all things together for the good of those who love him” (8:28). In other words, in the story that he’s writing, God doesn’t waste an experience.

Story, #2: Conflict is an opportunity, not a setback.

Conflict fills a story with meaning and beauty. Not only this, but conflict gives value to that which we are trying to attain. And conflict is the only way a character actually changes. There is no character development without conflict.

Think about it: every time you’re faced with a challenge or a hurdle or an unknown, you have a choice, either to go back to the comfort of what you knew and the way things were, or to move forward, through the discomfort, and learn a new skill, a new way of life, a new perspective, and to grow.

And yet each of these moments could be an opportunity instead:

So don’t let conflict moments drag you down; don’t let difficult encounters drop your head; don’t let yourself get cynical and jaded or whiny or self-pitying; don’t simply shrug your shoulders. God wants so much more for you than that; God is capable of doing so much more in your life than that.

Instead, look through God’s eyes: how can you instead make this—whatever it may be that’s in front of you—an opportunity not just to speak out the story of what God has done in your life but to live a better story, to allow God by his Holy Spirit to tell his story in and through and with you? It’s an adventure we’re on, and we get to be a part of the best story that’s ever been written by the most imaginative and resourceful Artist that’s ever created!

BUT it’s not all sweetness and light; that’s not the world we live in. Jim Collins writes in Good to Great that one of the characteristics of a great leader is that he or she faces the brutal facts of reality, so here’s the honest truth:

Story, #3: We are not called to be successful, but to be faithful.

You may have seen the amazing video, “A Pep Talk from Kid President to You,” by now. Kid President is a boy called Robbie Novak, and he actually has a condition called Osteogenesis Imperfecta—that’s “Brittle Bone syndrome.” In his ten years of life, he’s had over seventy breaks. But Robbie hasn’t let the tough parts of his life get him down, he hasn’t seen his condition as a setback but as an opportunity—the pep talk video is actually dedicated to a two year-old girl who recently had a liver transplant. And he’s not trying to be successful—it’s not about fame or money; he’s just trying to do a little something to spread hope and joy and to encourage people to make the world more awesome and maybe to dance a little more. That’s the story he’s telling with his life. [See below for “The True Story of Kid President.]

It was actually Mother Teresa who said, “We are not called to be successful, but to be faithful.” There is no guarantee that if you follow Jesus, if you seek the kingdom first, if you allow God to use every experience, and to see conflict as an opportunity rather than a setback, then you’ll immediately be wildly successful and life will be smooth sailing.

Actually, you may face more trials and more opposition, and you may be asked to give up more, to sacrifice more. One of the things Jesus said to his disciples was, “In this world you will have trouble.”

I’m sure you can attest to that; I’m sure you can see in your own experience that life is not easy, that opposition is great, that things are not as you wish they were, even when you’re trying to do what God asked you to do or what God called you to do.

But do you remember what else Jesus said to his disciples, several times just so that they wouldn’t forget it? “I am with you.”

Whenever I’ve had to make big decisions in my life—about a school or a job or a relationship or moving to another country—God has always said the same thing to me: “You choose; and whatever you choose, I am with you.”

Maybe God didn’t tell me what to do at those moments so that I couldn’t blame him if things didn’t go the way I thought they would; maybe God wanted me to grow up and take responsibility, to think through my decisions wisely, to exercise stewardship over the intellect and the relationships and the community and the connections that he had given to me—we’re not just called to be responsible with our money, after all.

Remember, as Kid President says, “You were made to be awesome,” because you were made in the image of God and our God is an awesome God. So: