Yesterday’s Super Bowl was pretty entertaining for a neutral observer–more points would have been nice, but the down-to-the-wire excitement made for a great game. Congratulations to the Giants for overcoming the Patriots again! (Now if only my Seahawks could get back …)

Super Bowl ads get a lot of hype–and understandably so. It’s estimated that almost 120 million people tune in to watch the game, so that’s pretty great exposure for whatever you’re selling. Every year, there are some ads that are awesome, clever, inventive, or creative; and then every year, there are some ads that are lame, flat, or just dumb. And every year there are ads that are sexist and pretty insulting–both to women (by portraying them as nothing more than things to be objectified) and to men (by advertising to them as driven and motivated by a single organ–not the brain). 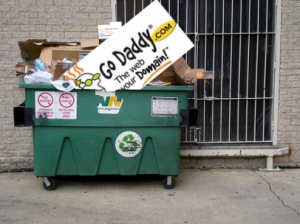 This year was no different, and I’m not going to grace them by posting them on here. (You can check them out on the recap from Mother Jones at “Twitter Talks Back to Sexist Super Bowl Ads.” All I’m gonna say is, “Really, Teleflora?!” And incidentally, I actually switched from gershomsjournal.com to justinbfung.com in order to switch my registration from GoDaddy.com, on account of their ridiculous commercials.)

The topic of men and women is one as old as time, particularly in the church. And I want to point out that we as Christians should be even more vigilant at how the culture we inhabit–and, perhaps more importantly, we ourselves–think and act. As a Christian man, it matters how I think about and treat women. My friend Eugene writes:

the treatment of women is the oldest injustice in human history. It’s so old and so taken for granted, that we don’t quite understand what’s at stake – not just for women, but really, for all of us. In more nuanced and simultaneously graphic ways, women are objects to be objectified and marketed and packaged for consumption. And these messages start early and often in human development and identity.

Moreover, many Christian guys–whether ignorantly and inadvertently or, more tragically and infuriatingly, deliberately–continue to feed into this mindset that women are somehow less than we are. There aren’t very many good, genuine role models of what it looks like to be a guy like Jesus, and given that missing paradigm, we can tend to swing to one extreme (emasculated and uncertain) or the other (hyper-macho and equally insecure). Neither of those is a particularly biblical understanding of how men and women are supposed to be in relationship with one another.

Jesus should be the example for our lives, and particularly, for Christian guys, in the way that he interacted with women. I’ve posted these words from Dorothy Sayers before, but they’re a constant reminder to me on what I want to be like:

On a related note, what did you all think of H&M’s David Beckham ad? Because it just made want to work out … but is that a double standard?

Last night I finally got around to watching Being Elmo: A Puppeteer’s Journey. It came highly recommended by many of my friends, and I wasn’t disappointed. I’ll admit that I’ve loved Elmo since I was a kid–at one point in middle school, I may have perfected Elmo’s voice … yeah, it absolutely got me all the girls.

Anyway, the documentary was a fascinating look at the life of Kevin Clash, the guy who made Elmo who he is today, from his humble beginnings in Baltimore to fulfilling his dreams of meeting and working with Jim Henson, bringing a voice and character to a fluffy red puppet who’s familiar to us all, and now to his role as an executive producer on Sesame Street.

One of the things that struck me while watching it was the story of how Kevin developed Elmo’s character. The first incarnation of Elmo was as a growly, gruff-voiced caveman-like creature who liked to cause mayhem, but it just wasn’t working, and so fellow puppeteer Richard Hunt tossed Elmo into Kevin’s lap and said, “He’s all yours.” Every puppet, he’d been told, has to have one thing that makes them, one characteristic that defines them.

Elmo is love personified. He loves everyone. He’s all about affection: hugging, kissing, holding hands. He’s all about making people feel loved, welcomed, included, appreciated. And that, I’d suggest, is why he’s so popular. It’s why kids love him; it’s why, as Kevin relates, kids in Make-A-Wish-type situations ask for him; it’s why he brings comfort to those in distress; it’s why he brings joy to those experiencing sorrow.

Yes, I’m drawing a lesson from a furry red puppet and applying it to faith.

Because God is love. Jesus is love personified. And we’re supposed to be the same way–that’s what a follower does, right?

Sojourners/God’s Politics just posted my preview of the forthcoming PBS documentary, “The Calling,” which follows the journeys of several people of different faiths who follow a calling to become professional clergy. Snip:

Both of my brothers are now pastors, and I also recently followed this “calling” into pastoral ministry, so it was fascinating for me to see and hear the stories of these seven. They include Catholics, Protestants, Jews, and Muslims. The documentary served not only to educate me in the ways of clerical training in the other great faiths, but also to emphasize our common humanity even amid our differing spiritualities.

Check out the full blog here. And the trailer here:

Okay, I was a little disappointed with most of the ads that aired last night, especially considering it cost $2.5 million per 30 second spot (so you’d think they’d put a little more creativity and innovation into them). The Tebow ad wasn’t as controversial as everyone was making it out to be–at least, I had no problem with it. There were ads that were far more offensive: misogynist and just plain yuck, denigrating women and portraying men as emasculated by relationships/marriages. And what was with all the sans-pants action? Seriously … THIS is what you think 93 million people are like?

That said, my favorite Super Bowl ad was the simplest one, and also the most effective. Google’s simple storytelling underlined not only the power of understated simplicity but also the importance of story. And it didn’t turn off half the population. (And it’s not even as if Google needs the publicity! Maybe that’s why … many of the other advertisers were trying too hard.)

And then, this morning, I came across this, from the Sussex Safer Roads Partnership in the UK. It’s beautiful, poignant, effective, simple. I wish more commercials eschewed the American tendency for making everything overblown.