November has, so far, been the greatest month of this year for me. Let me tell you why …

I got to start the day off with a cup of tea in my Obama cup!! And I got to vote in my first general election!! And Barack won!! And I had a little election night shindig at mine, with lots of friends crammed into my little studio, hunched around my baby TV, and munching away on treats. 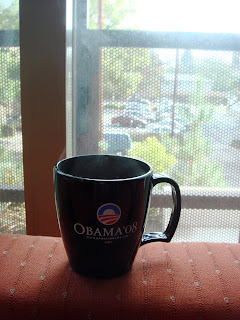 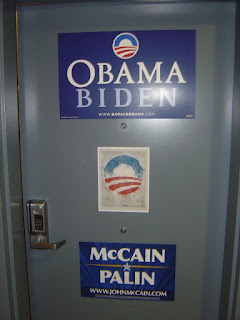 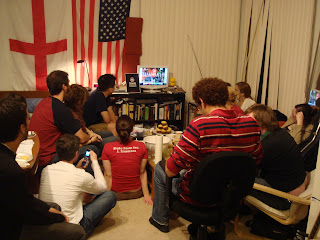 Two of my favorite people in the world—Adam and Katie—had their baby girl on Thursday, November 6. Selah Rose was just over a week early, and I got to see her at only a few hours old. (Also went for bowling with the boys.) 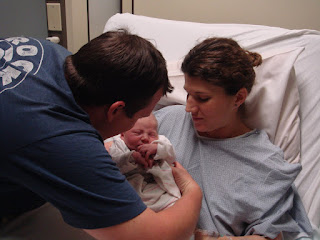 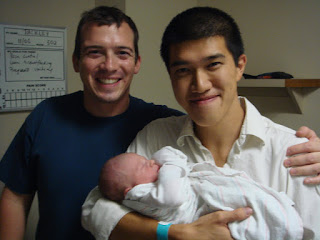 My dad is the most sprightly 71 year-old I know. Happy birthday, Dad!

Sunday to Thursday: my bestest friends Tim and Tiff came to stay with me for a few days after spending a week in Colorado with Tiff’s family, and they got to meet my friends (again, in Tim’s case). I hadn’t seen Tim since last October and Tiff since last June, so it was great to see them.

Highlights: brunch at Coco’s, going to the beach, going to see Copeland, brunch at Marston’s, talking and playing cards. 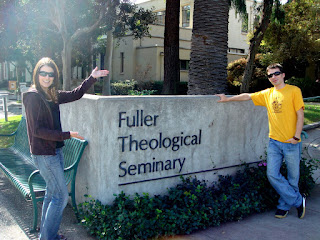 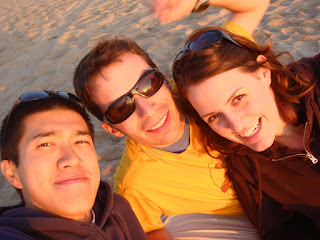 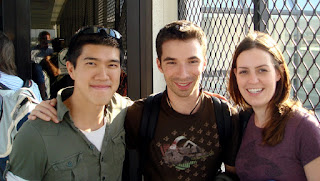 November 14: Coffee by the Books

Almost every Friday, Coffee by the Books (Fuller’s coffeeshop) puts on an acoustic music night. On the 14th, I played what will probably turn out to be one of the last times I play at C by the B, and it was probably the best I’ve felt about how I did in the last few years. The weather was perfect, i.e. not so cold that my fingers are trembling and my vocal cords are freezing; and it was great to have so many friends out in support. 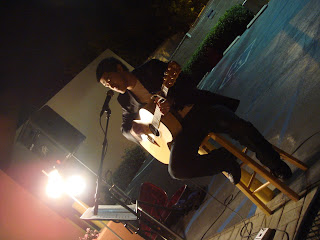 November 18: A Wicked Night Out

The day before my birthday, I went to see Wicked with Hyunja, and Matt and Sara, preceded by dinner at Thai Patio in Hollywood, one of the best Thai places I’ve been to … ever. So dinner was great (I’d recommend the Volcano Seafood dish), and Wicked was amazingly awesome. 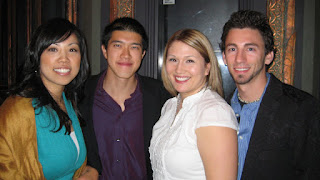 My 27th year began with birthday dim sum. And then I was in class for seven hours, which I’ve never done to celebrate a birthday before. And then dinner with M&S (Matt and Sara, not Marks & Spencer), and birthday dessert with friends. Good times … (Also, happy birthday also to Helen and Shing, my birthday buddies!) 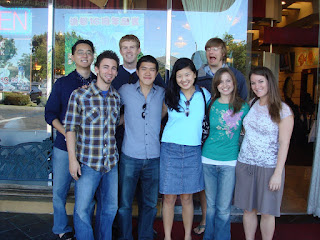 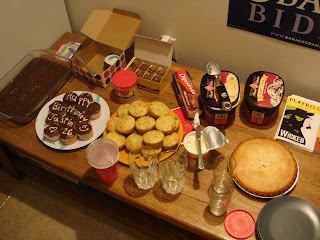 Friday night, Micah and Christie treated me to Korean BBQ dinner for my birthday (which Gabe and Maribeth and the kids also came to), and then we hit up downtown Disney to watch Bolt with the Journey youth group (and their friends). It was hilarious; I laughed so much I couldn’t breathe. That’s the measure of a funny film. 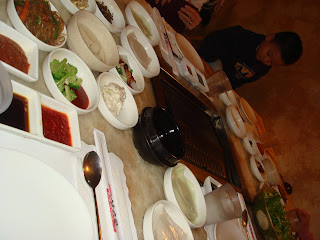 Fuller’s intramural flag football playoffs were this past Saturday. Last year, we made it to the championship game where we lost handily after playing three games before that. This year we won our first game, and then lost in the final four; but it was a good run, and we had a lot of fun this quarter. Changing our team cheer to “Yes We Can” propelled us to three victories, but couldn’t carry us through. Oh well; you win some … 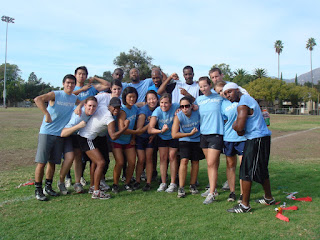 And there’s still a week of November left! God is good. 🙂

One Reply to “Three-quarters of November”